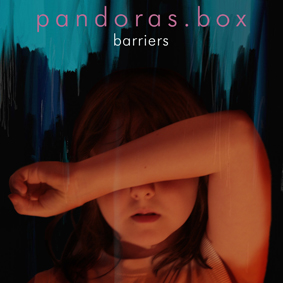 Intro:
pandoras.box is made up of five like-minded, old friends from the sticks of Lower Bavaria. The close ties between the eclectic personalities in this group have given rise to a totally different musical slant – a sound in perpetual search of the perfect equilibrium between a collective consciousness, personal gratification and the expression of higher emotions and ineffable common ideals. Their remarkable, sometimes even evasive space-rock sound has a sober tone which fabricates a feeling of a radically romantic aura that sets pandoras.box apart from the norm in today's indie landscape. It's no wonder that the band currently has a strong underground following of enthusiastic fans. Aggressive, gentle, depressive, sanguine, negative, positive, harmonious, cynical and always with a dash of irony: this band is full of contrasts. pandoras.box expresses a range of different moods and emotions in its chameleonic performances, yet in the end, a compelling, coherent ensemble is created which draws audiences in.


Bio/Album Information:
pandoras.box formed in 2004 and consists of five guys between the ages of 20 and 26 from the Lower Bavarian province of Geisenhausen, Germany. Heavy-headed, “different”, twisted, exertive and provocative, the band is not easy to categorize. The musical character of their debut album was created, influenced and shaped over the course of many years.

On the run from itself, pandoras.box is in search of detours, orientation, alternatives and singularity in today's fast-paced circus of life. Together the band members have experienced the intensive, formative moments and phases of their musical existence and lived out their youth in one of the most deeply conservative regions of Germany. And this is where Barriers was recorded - a very personal soundtrack to their rather impartial days of youth, which were nonetheless accompanied by specific problems, disapproval and doubts. For the five longtime friends, music has always been both a mouthpiece and a form of ego therapy at the same time.

The young band is known for an enormous range of spacey sounds which, in this multiplicity, are reminiscent of the likes of bands such as ...And You Will Know Us by the Trail of Dead or Radiohead. pandoras.box constructs a paranoid and polarizing post-rock sound with experimental electronic influences, warm piano lines, organic guitar sounds, the integration of a string orchestra, avant-garde wind section arrangements, a down-to-earth, almost groove-like drum & bass fundament, and very personal, but accessible lyrics revolving around explosive topics of universal relevance. A subtle overall impression sets in after the initial foggy-stormed prelude, culminating in intangible, yet ever present emotions. Barriers quite possibly aims at unsettling its listeners and giving them a good jolt before leaving them behind, hushed and contemplative.
It looks like pandoras.box just might become the next innovative glean of musical hope on the German indie scene since the appearance of bands like The Notwist and Slut. Barriers is not only marked by an unusually raw, very distinct sound; the lyrics also express an authenticity and immediacy of emotions that cannot be overheard. Barriers is a clear statement against artistic sellout and is immune against all the unsubstantiated hype out there, which makes it an album of sustainability. Listeners will identify with Barriers and its statements. This is an album with character and a soul, full of music that confronts listeners with honesty and without any staged attitude. Music that deserves the often frivolously overused label of zeitgeisty. The lyrical scope covers everything from our increasingly surreal digitized life, the unconscious, ever harder excessiveness of the masses and a newly developing form of rebellion 40 years after 1968, to the fixed barriers of human interaction, the gradual breakdown of the family, love and romanticism, the brutalization and unbowed destructiveness of humankind, the utopian vision of reconciliation and identification with German society and the despairing, never-ending search for personal happiness, freedom and humaneness in these fast-paced, changing times. pandoras.box is a band that looks its sick surroundings dead in the eye instead of fleeing into abstract worlds and succumbing to outmoded cliches.

The band's debut album Barriers was recorded in true DIY style between winter 2005 and spring 2009 at the School of Audio Engineering in Munich, the Sound Concept Studios of Moosburg and at the band's own rehearsal room in the underground caverns of the Geisenhausen Bunker. Mixed and produced by Frittenbude mastermind Jakob Häglsperger and co-produced by pandoras.box lead vocalist Martin Steer, guitarist of the band Frittenbude. Mastered by Sam Bittner at the Dorian Gray Studios in Munich. Artwork by Andreas Buchner alias Poeta Doctus.

The Arrows & Bows remixed EP will be released as a free download prior to the LP and include some edgy remixes for the dance floor from Audiolith prodigies Rampue, the Basslaster and Krink, as well as Electric and Acoustik Experiments by Midimum (megamixed…), Thousand and Relups, Mul.Z and many more. This space-pop song is juxtaposed between this very moment and eternity, the ego and our generation, heart and soul, pop and experimental, somewhere near here and now. Arrows&Bows is accompanied by a dreamy ageless piano line and features complex electronic and acoustic backdrops, with harmonious lyrics and vocals which movingly express the insistent thoughts and doubts of our struggles with ourselves and the barriers of our day.

The LP Barriers will be released in June 2009 via blogs as a free download.

All Songs written and copyright by pandoras.box
Lyrics by Martin Steer

Reviewer: embe - favoritefavoritefavoritefavorite - July 13, 2009
Subject: yes indeed a surprise
one of the better albums from 2009, well balanced with nice references to the 70's, without the post-rock clichees; just a bit too many songs for 1 album, but regrettably this applies for many artists

Uploaded by Clinical Archives on June 6, 2009